The aim of this blog is to get feedback as I go along developing the game, so I can make it better.

Since starting with a few ideas and a blank piece of paper at the beginning of the month I've already gotten some useful feedback which I thought I'd post before development begins tomorrow.

1 - The concentration element of the game, combined with the matching element may be tough for younger players.

Perhaps I'll have a 'kid' mode for the game or I'll leave the concentration gameplay element for later levels. I'll find out if players like it during play testing for sure. For now I have shifted this feature down in priority.

2 - Collecting items by matching them could mean you collect them to help the Goorillas on their journey, food items like bananas for example.

Nice idea! I'll pop that feature into the design straight away.

For the last few weeks in my spare time I've been testing out a few different game technologies. Along the way I created a few mock-ups to try things out. This also helped to visualise the Goorilla characters and a few obvious tweaks are:

1 - Goorilla's face needs to be bigger, and his tooth needs to lose the sharp edge to make him look friendlier.

2 - Googar's eyes need to be bigger. (Googar is a cougar made out of goo.)

It will essentially be a 2D game, with the occasional nice special effect as that is what players have come to expect from the genre.

I'm going to build the game in Unity3D and initially target Android. My experiments with the technology so far have been interesting, but there is nothing like building something to understand the technology and the process better.

If anybody in the blogosphere has any comments on the game concept before I begin then please add a comment or message me via Facebook @Goorillas thanks.
Posted by Goorillas at 12:10:00 AM No comments:

I think a cartoon style will suit the Goorillas so I've sketched a few ideas.

I started looking at real gorilla and chimp faces and then tried to make them a bit cartoony. 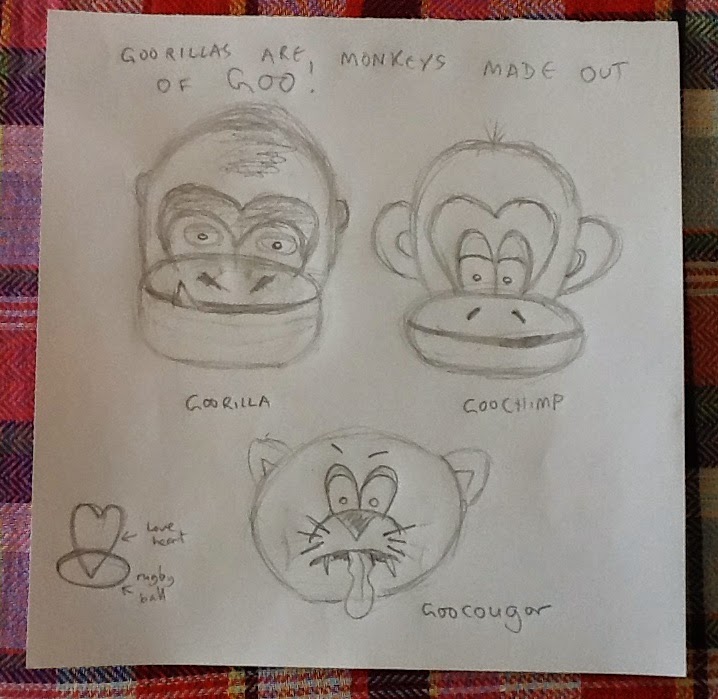 As Goorillas are monkeys made out of goo then their bodies should be like balls of goo. 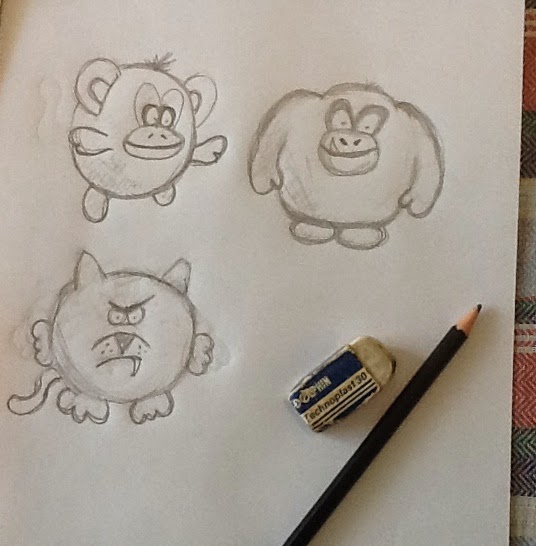 Making the Goorilla's head a bit more elongated and his arms longer makes him more gorilla like and he still looks gooey so I inked him up. 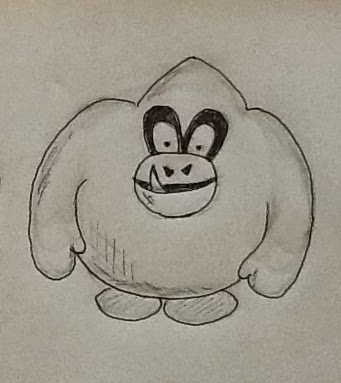 I'm not sure what colours these little characters should be yet, so I'll try a few and see what works and what people like, maybe green or blue?

It has become obvious from making observations during a game genre analysis that these Goorilla characters should have a story, and the game should feature their journey. This should increase the immersive qualities of the game and aid in gamifying level progression.

So I've adapted the Goorillas journey from one I've witnessed during my time in Kuala Lumpur.

I used to see monkeys down the hill from the condo, which was an interesting experience for me as I'm from England. 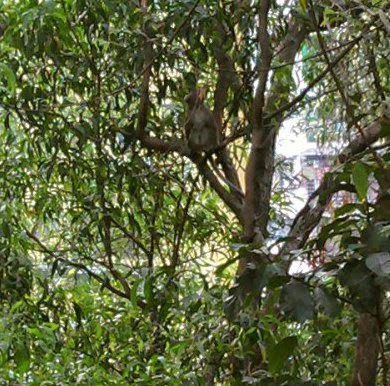 Occasionally I would see the monkeys scampering through the condo and climb the fence at the back to get to an area of protected forest.

As building in the area increased I would see fewer monkeys down the hill as they migrated to the protected forest to escape from the construction noise and loss of their habitat. 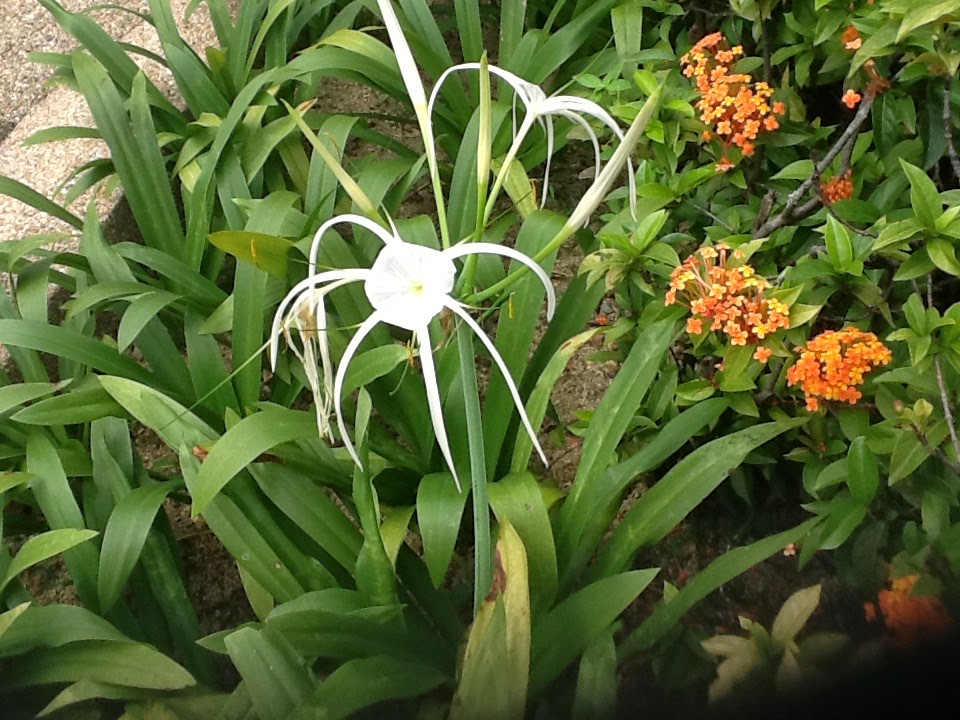 Once I saw a group of young monkeys stop by some shrubs during their journey through the condo and it looked like they were smelling the flowers, but they were probably forriging for food.

They were soon off again over the fence and making happy sounding monkey noises grouped together in the interesting looking trees, as if they had made it through the strange land to Shangri-la. 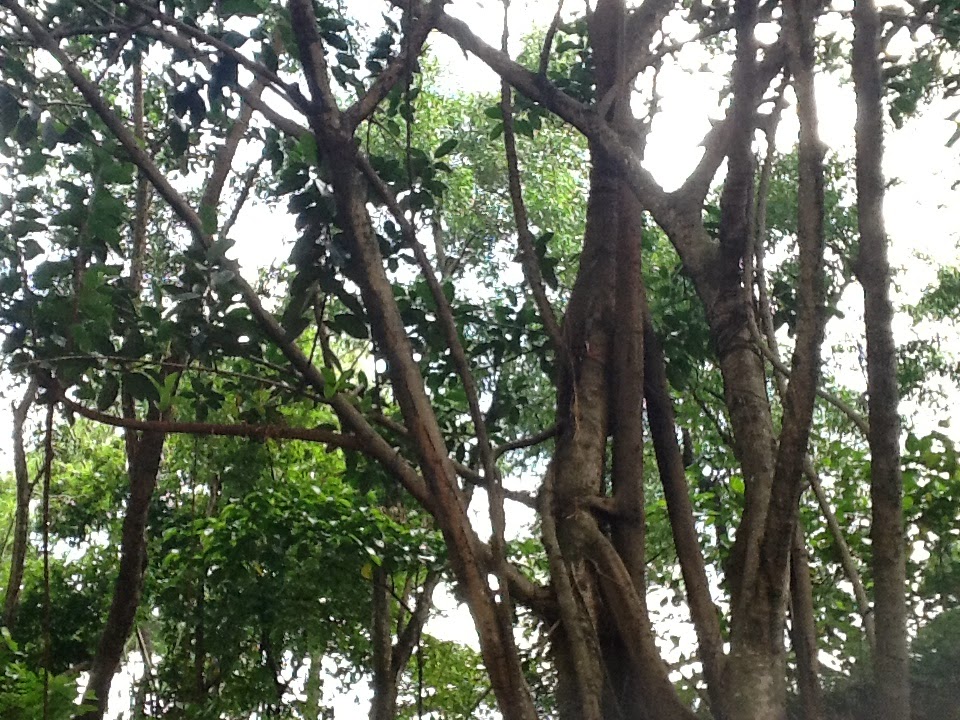 So that's the Goorillas story, their journey up the hill to escape the destruction of their habitat, through the strange man made jungle which eventually leads to ShanGoori-La, the protected forest with cool looking trees and great big sky views. 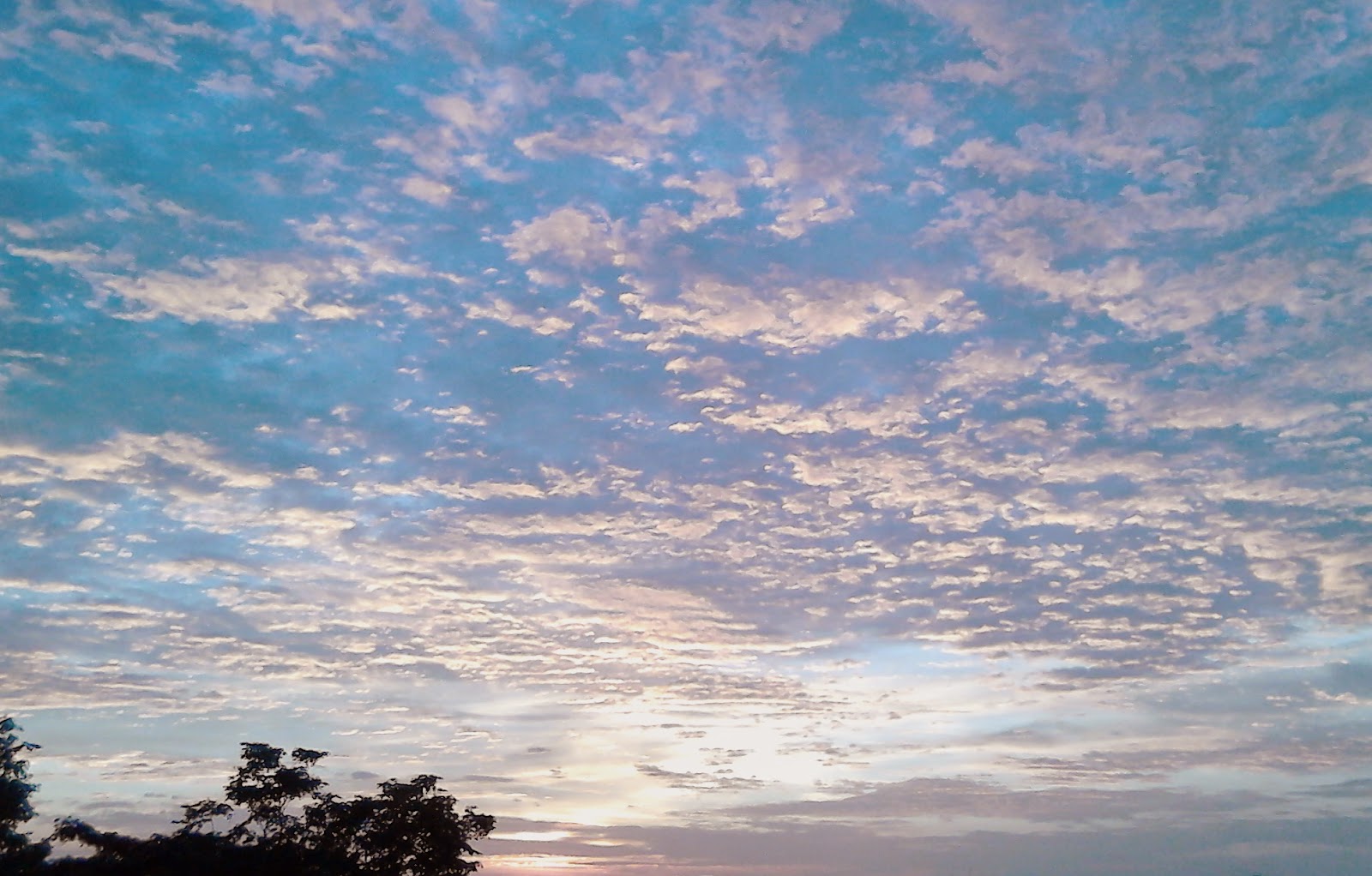 This journey will hopefully give the game a feeling of achievement and adds to the immersive role-play and discovery elements that modern players have come to expect from games today.

So I made good use of the time stuck waiting for a plane and sketched out a few ideas for the first Goorillas game.

What could make the game unique are the Goorilla characters which stretch, get stuck to things and occasionally go splat! 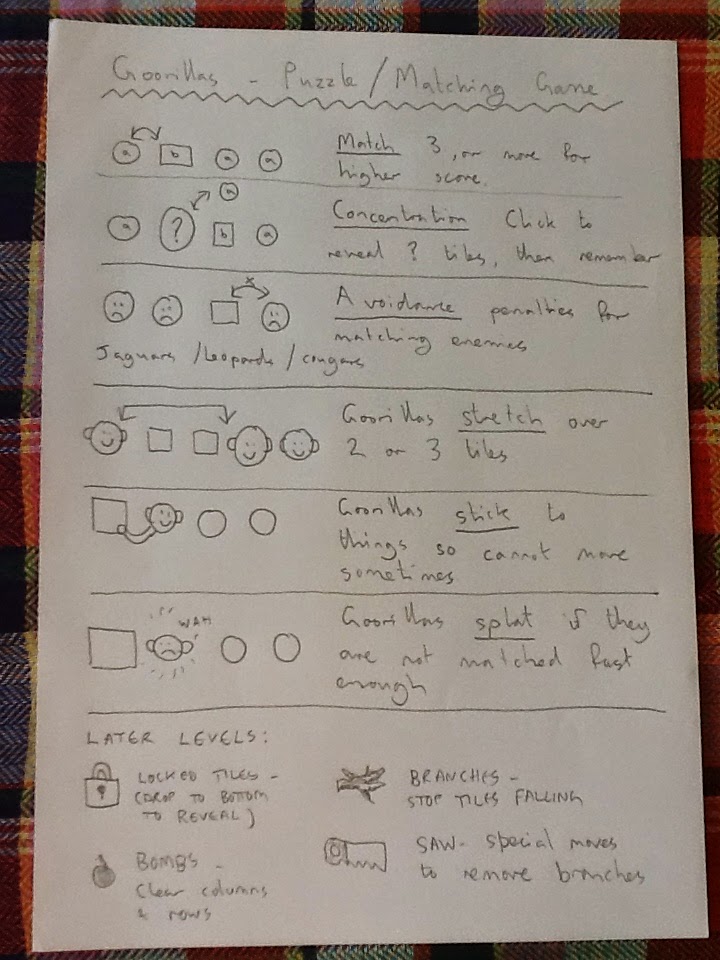 The game I'm going to create draws together elements from tile matching video games, the card game concentration and a little bit from whack games, all of which are games I have experimented with before. Play testing and finding out what players like from previous projects is certainly being considered at this early drawing board phase.

Being able to visualise the Goorillas moves makes it comparable to the competition, and it looks like the game should stand out as a bit zany :)

Times when I'm travelling and don't have WiFi are always good for letting my mind wander and ideas form.

I've drawn it very simply, much like a storyboard for a video, or a wireframe for a website, so it is easy for people to give me feedback straight away.  (Please leave me a comment if you have any thoughts.)

So far the feedback has been positive and constructive which is great. My other ideas for games with these characters were either too ambitious for the time frame or were not as well received. So it is easy to throw away things that don't work early on and focus on something that is achievable, something that might work.

The proposed gameplay has developed from the characters unique qualities, from experimentation and consideration of past game projects and from observing what players like when they play games. I know there is no formula for success but hopefully this three pronged approach will yield a fun game.

Goorillas is an idea for characters for video games that came to mind during an excursion to see monkeys in Borneo. There was a kid on my boat that called them goorillas. It was jokingly pointed out they were actually monkeys, and not made from goo, but the idea stuck with me.

So goorillas are made out of goo, they can stretch and squeeze and sometimes get stuck to things and, as they are made of goo, occasionally they splat!

It's fun for all the family and free to play.